At first, Spotify’s Discover Weekly seems no different than recommendation engines available through Apple’s or Pandora’s streaming platforms. But take a peek under the hood, and you’ll notice the streaming giants have taken three distinct routes to serving up hits. Apple’s newest streaming platform, Apple Music, offers tracks sorted by genre and curated by teams of internal editors. The recommendations, to be sure, are spot-on — but one has to wonder: Is the model viable for companies that, unlike Apple, can’t afford to run at a perpetual loss?

Pandora, on the other end of the spectrum, treats music like science. The internet radio service believes that by deconstructing songs with a series of algorithms, it can sniff out exactly which elements — from tonalities to melodic structures to even emotional “vibes” — appeal to listeners’ ears. The approach minimizes human labor — an important consideration for freemium providers like Pandora — but, as many listeners can attest, its recommendations aren’t so stellar.

Then there’s Spotify, which does things a little differently. Across the web, users are raving about the love-it-every-time brilliance of its Discover Weekly curation service. So what, then, makes Spotify such a crowd-pleaser? Did it manage to hire music experts better than Apple’s? Or create an algorithm that bested industry incumbent Pandora? The answer, it turns out, is a bit of both: The solution for Spotify lay in the wisdom of crowds. 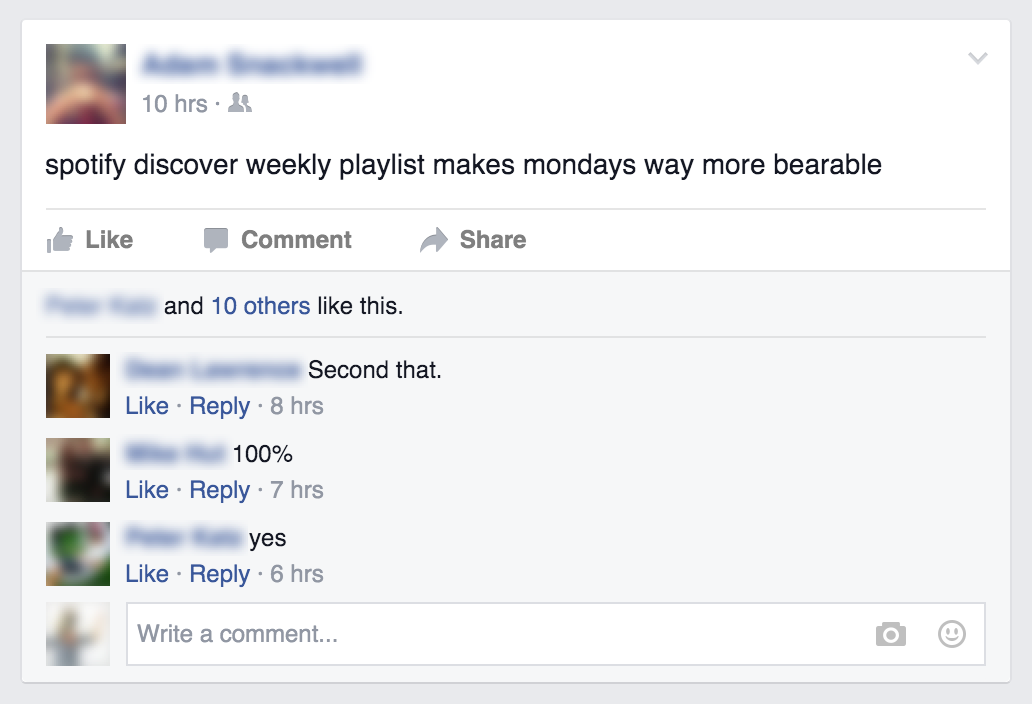 Through a hack project, Spotify learned that to effectively generate recommendations for users, it could search through like-minded listeners’ playlists to surface unheard gems. The concept isn’t totally new: Apple’s Genius had been parsing play histories for nearly a decade before Spotify debuted Discover Weekly. Spotify’s real stroke of brilliance was using crowdsourcing to aggregate that data for listeners’ collective benefit. The result was a feature that was curated by humans — Spotify’s users — but could still scale, thanks to an associated algorithm.

That’s proved a winning combination among Spotify’s listeners — 71 percent of Discover Weekly listeners save at least one song to their own playlists, and 6 in 10 who try it stream five or more suggested tracks. It’s a big reason Spotify called 2015 its “best year ever” in its most recent financial report, with year-on-year revenues up 80 percent to $2.18 billion.

Spotify is uniquely positioned to introduce this feature at scale because it’s the only music streaming service with enough users (a whopping 100 million) who, in turn, have created enough playlists (2 billion) from which data can be mined. Essentially, to crowdsource recommendations that suit every taste, Spotify realized it needed a true crowd from which to draw. 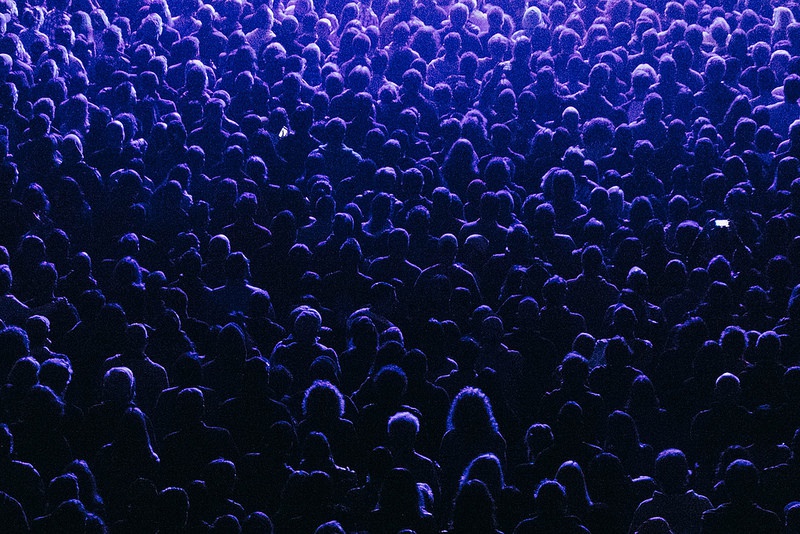 The Power of the Crowd

Spotify’s curatorial triumph against its behemoth competitors may surprise some, but it’s actually par for the course for up-and-comers across industries. Here are just a few ways innovators are using crowdsourcing to disrupt the status quo:

A small Israeli navigation startup competing against the likes of TomTom and Garmin didn't sound like it stood a chance. But Waze, which was acquired by Google in 2013, has made plenty of waves, even earning a partnership with MassDOT to ease traffic in and around Boston.

Thanks to its gamification feature that rewards drivers for reporting situations like accidents and heavy traffic, Waze has not only engaged users, but it’s also built an impressive network of amateur traffic reporters, providing hyperlocal reports in real time. The more people who use Waze, the more useful it becomes — which, in turn, attracts more users.

Helping the blind to “see”

For those who live with disabilities, crowdsourcing can make life a little easier. Be My Eyes has harnessed the technique to help the blind with everyday tasks. The tool pairs seeing and blind users through live video chat, allowing the seeing individual to offer whatever assistance their sight can give. That might be something as simple as reading an expiration date on a carton of milk or something as critical as finding a phone number during an emergency. Crowdsourcing’s ability to help users share sensory abilities is truly awe-inspiring.

As smart as machines are, humans can still decipher things that computers can’t, and it was genius of computer scientists at Carnegie Mellon University to tap into crowdsourced labor to digitize print literature. Purchased in 2009 by Google, reCAPTCHA detects bots while donating about 500,000 man-hours per day toward preserving rare, out-of- print literature.

At the end of each lesson, Duolingo asks users if they want to translate an entire document to practice their language skills. This isn’t just a random document — it’s been provided by a media service, such as CNN. When enough users have translated the document, it goes to a professional for verification before being sold as a certified translation. 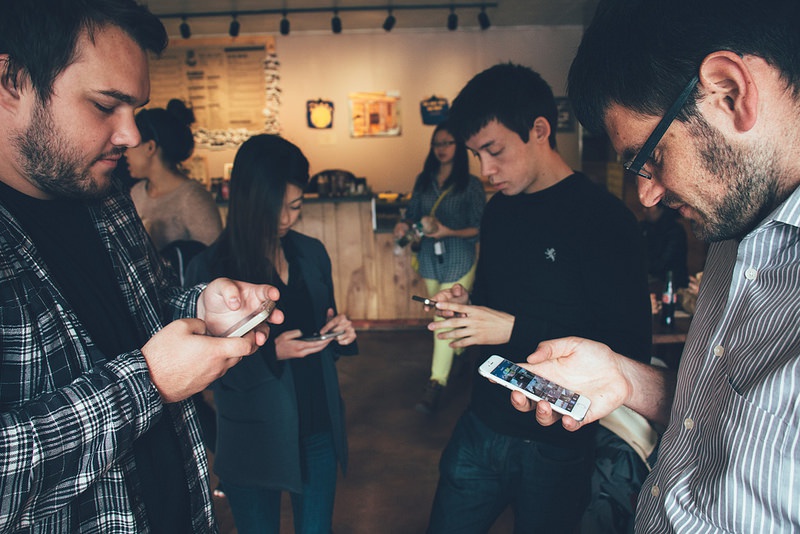 While some companies have taken advantage of the possibilities of crowdsourcing, many others still have not. Some major tech companies with enormous troves of crowdsourced data have yet to catch up:

Much as Spotify does with Discover Weekly, Pinterest has a large enough user base to tap into crowdsourcing to create discovery pin boards. By peeking at the boards of users who’ve pinned similar items, the social media platform could offer personalized boards with related pins. Say you’re using a Pinterest board to plan a wedding. While relying on its users to do the work, Pinterest could offer you five awesome ideas that you would have never found on your own. By giving Pinterest the power of human curation, it could add another layer of value to an already hugely popular site.

Imagine you’re a collector of rare cameras. You monitor eBay daily for your next addition. But you also happen to have a full-time job outside camera collecting, which means you’re constantly missing out on items that sell while you’re at work. But what if eBay could do it for you? What if, based on your own and others’ past purchase histories, it could bid on items for you? Using a crowdsourced understanding of bid timing and price jumps, eBay could offer a service that increased your chances at securing that next coveted item.

Foursquare offers great recommendations — if you know what you're looking for. But that’s not a unique value proposition: users could just as easily go to Google or Yelp for similar recommendations. Imagine you have a layover in a foreign country and are not quite sure what to do with your time off. Foursquare could build a personalized day trip, based on your and other users’ locations and reviews, that consists of places it knows you’d love to visit. You'd have the perfect adventure waiting for you every time you logged on.

Of all the services, Netflix has the most to gain in harnessing the power of crowdsourcing. One idea is a watching club (similar to a book club) that consists of users with similar film interests as you. Are you a horror buff? Well, here’s an opportunity to discover new favorites with your fellow horror aficionados. With a massive 81.5 million subscribers, the streaming giant could account for nearly every taste and age range. Using specific recommendations from your fellow film club watchers, Netflix could offer up surprisingly great suggestions for things you'd never think of watching.

The beauty of crowdsourcing is that it opens up so many opportunities for cost-effective human curation at scale. With crowdsourcing, companies don’t have to hire thousands of editors to offer recommendations — existing users do the legwork for them. At Yeti, crowdsourcing is one of many avenues we consider when helping companies design their next great product or service. Contact us to find out how you can use the crowd to stand out rather than get lost within it. 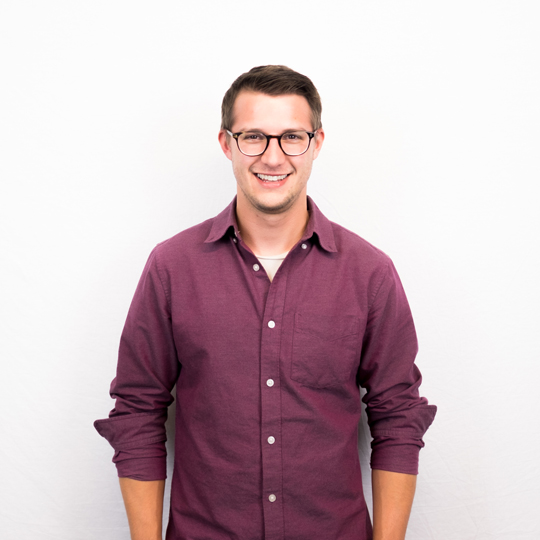 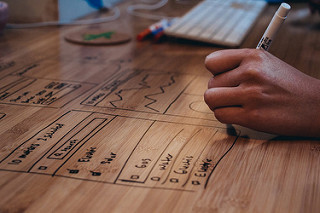