Whether it's a tense evening with the in-laws or a dinner date gone sour, life contains some painfully awkward moments: You pick intently at your plate, hoping for something - anything - to break the thick fog of silence that has settled over the room. 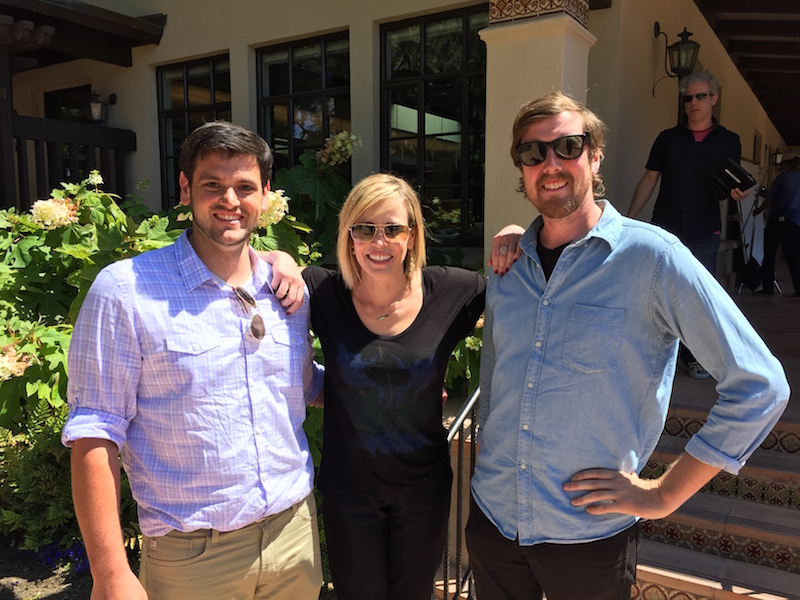 Thankfully, our newest app, Chelsea Handler: Gotta Go, is your one-way ticket to freedom from life's sticky moments. Developed in cooperation with Hollywood star Chelsea Handler, the excuse generator app sends real calls and texts to your phone, springing you from any social snafu imaginable.

Available now for free download in the Apple app store, Chelsea Handler: Gotta Go is designed for discretion. With just three taps, you can activate excuses from beneath a table, including, "My apartment just got torn down" and "I'm so sorry, my friend's car is getting towed." Add your own excuses to customize the app for any upcoming sticky situation. 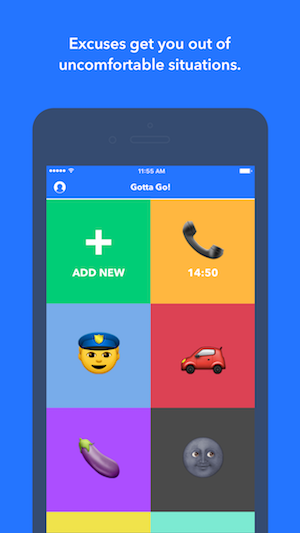 For the Yeti team, the entertainment app was the perfect excuse to break out of our mold. Our journey began when a friend responded to a Facebook post by a member of Chelsea's production team. The producers wanted to build an app with a San Francisco startup for Chelsea's upcoming Netflix documentary series "Chelsea Does," and Yeti fit the bill perfectly. After a few phone calls, Chelsea hopped on a plane and headed for San Francisco.

After a quick tour of the Yeti office, Chelsea, Gotta Go's Chief Excuse Officer, sat down with our team to map out her ideas on our "empathy map." Chelsea described sticky situation after sticky situation, and we even acted out a few to understand how the app might work. 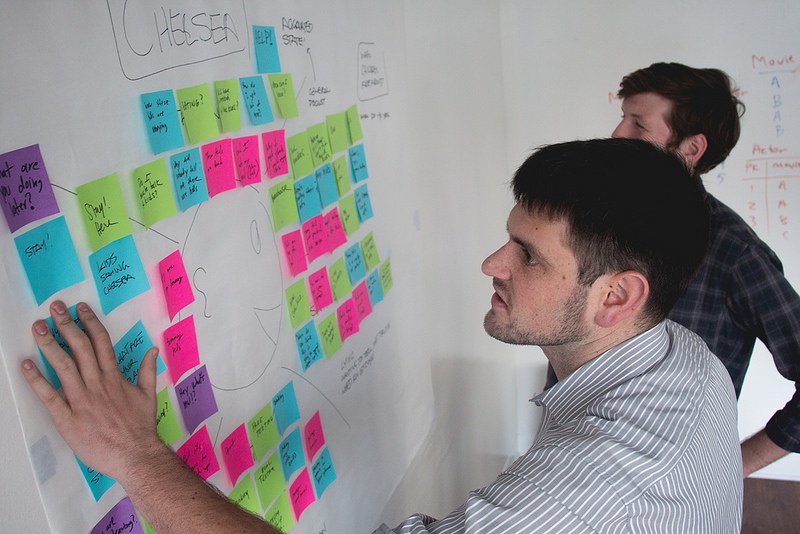 President Tony Scherba, left, and Design Director Geoff House, right, use an "empathy map" with sticky notes to brainstorm ideas for the app.

With Chelsea's vision in mind, we got to work. Although the television cameras initially made us uncomfortable, we quickly buckled down and fed off the producers' creative energies.

Armed with a working prototype, we headed out to meet with investors. Chelsea and our team demonstrated the app to two venture capital firms, where we hilariously explored the business behind the burgeoning "on-demand excuse" industry.

It's been an eye-opening experience, and we couldn't be happier with the finished app. We're now excitedly waiting to see what kind of excuses people will create. Users will be able to share their favorite excuses with Yeti and Chelsea via a "Best Of" list. We've even set up an LED screen in our office that will flash the emoji associated with excuses that are being activated.

For both Chelsea and the Yeti team, the journey was educational. We offered Chelsea a sneak peak into the techtopia that is Silicon Valley, and Chelsea showed us what it's like to work in show business.

Ultimately the app was a bridge in which the creative minds of both worlds collaborated. We built a product that's entertaining and useful; creative and functional. In its own way we see Chelsea Handler: Gotta Go as a testament to exactly how "human" technology can be.

How the IoT Will Improve Infrastructure

What is Product Design?