Out of Eden Learn 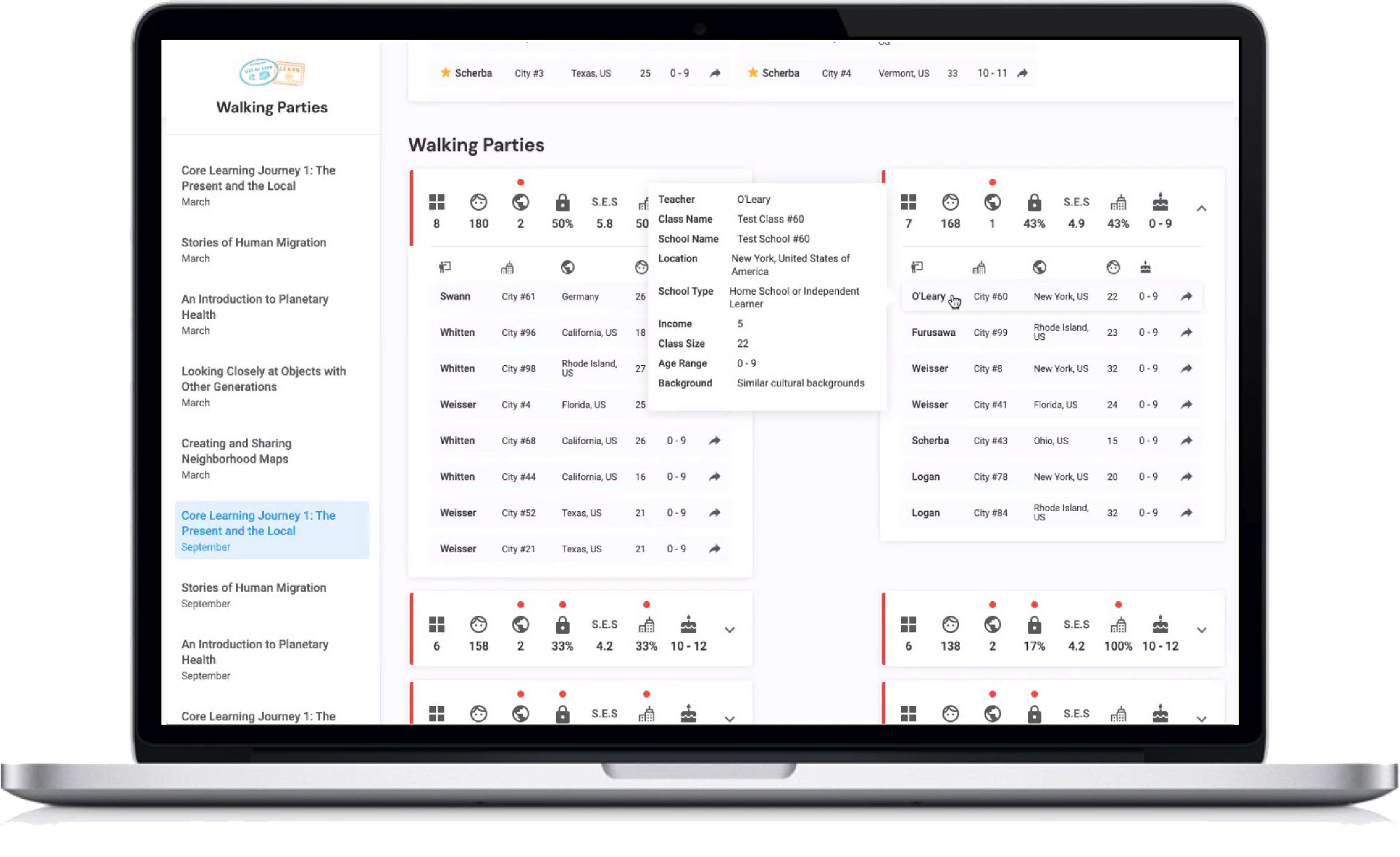 Out of Eden Learn (OOEL) is a research initiative of Project Zero at the Harvard Graduate School of Education.

OOEL offers free online programming for students aged 3-19. The project has so far served over 35,000 students in 60 countries.

In 2016 the Out of Eden Learn was referred to us through their existing team that had been working on their platform. The application was growing in scope and complexity and needed to become more of a modern application rather than a website.

Yeti’s initial challenge was to work on performance issues, migrate the platform to a new hosting service, and implement desperately needed features to export data from the system.

In 2019 The OOEL team decided that it was time to start to automate one of the largest manual, complex tasks existing for the platform, which is the creation of “walking parties”.

Walking Parties are groups of classes and students that come together as digital penpals. These groups of students spend a semester writing blog posts and commenting on each others, providing them with a sense of community and culture with other students across the world.

For many years, the creation of these walking parties had been a manual task. This task was mostly done by key members of the team, and was based on a series of criteria that had not been codified into actual rules.

Yeti migrated Out of Eden Learning to Digital Ocean, OOEL’s preferred choice of the options Yeti laid out. This reduced their monthly spend and helped increase the performance of the system.

To help with automated deployment and bug fixes, we implemented a suite of new tools and upgraded the programming languages and frameworks of the codebase.

Yeti also worked with OOEL to create exporting features and improved admin functions that greatly helped them get data out of the system for research projects, and more effectively administer the creation of groups of classes.

To automate “Walking Parties”, we began by creating a new class sign up flow in which teachers had to input more information about their class than previously required, including class size, class age, specific location, socioeconomic information, preferred curriculum, etc. This would allow the algorithm we wrote to more easily mimic the manual logic for matching classes.

We then created a new walking party admin page where the system would generate new walking parties based on the classes that have signed up and rules that had been codified into its matching logic. 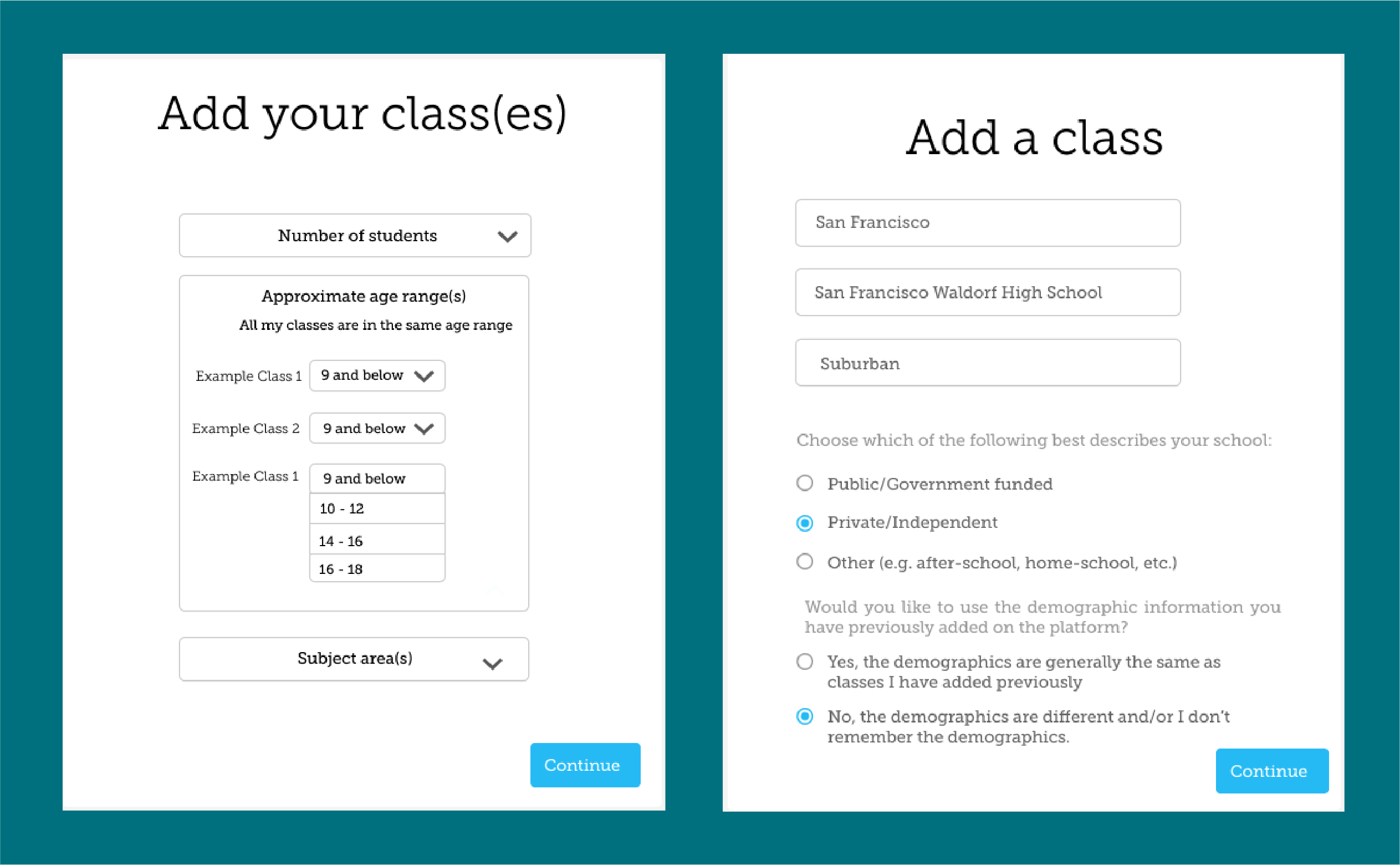 After the parties had been created, there could then be some manual curation of the parties via a slick drag & drop interface, which also provides visual feedback on high level stats for each group and if they were optimal.

By migrating OOEL to a new hosting service  and implementing desperately needed features to export data from the system, Out of Eden Learn’s costs were reduced, performance was increased, and administrative time was greatly reduced.

Additionally, the application was set up for easier support, maintenance, and new feature work. 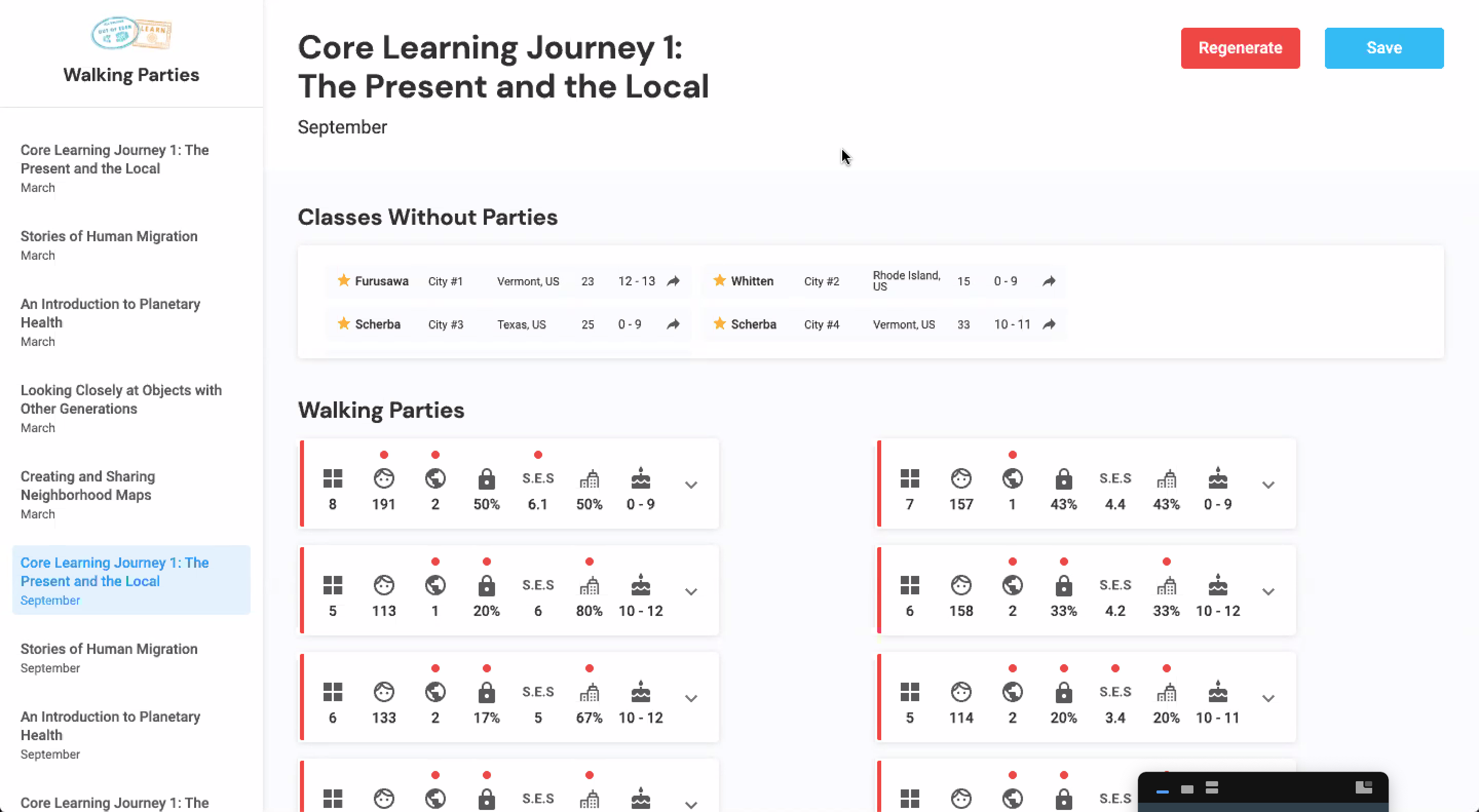 Out of Eden Learn has used the new system through multiple walking party launches and, as a result, spent much less administrative effort in creating and launching the walking parties.

The implementation of automated walking party formation has also allowed OOEL team members who were not previously  involved with the walking party matchmaking system to help set up the groups.